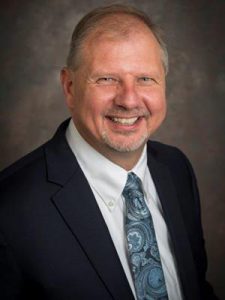 John A. Pelesko, professor of mathematical sciences, was appointed dean of the College of Arts and Sciences in July 2019 with oversight of UD’s largest college of more than 7,000 undergraduate students and 1,100 graduate students, and over 50 academic departments, research institutes, interdisciplinary centers and programs.

He is a distinguished scholar and mathematician, with research on mathematical modeling of physical systems, especially micro and nanoscale engineered systems. He is also dedicated to student success and has conducted extensive research on integrating mathematical modeling, numerical simulation and experiment into undergraduate and graduate mathematics courses. Pelesko is the author of the highly regarded books Self Assembly: The Science of Things That Put Themselves Together, published in 2007, and Modeling MEMS and NEMS, published in 2002, as well as several book chapters and numerous research articles in scholarly journals.

Most recently, Pelesko served as associate dean in the college from January 2016 after holding an interim appointment for one year, where he was responsible for a portfolio of six departments in the natural sciences, including biological sciences; chemistry and biochemistry; linguistics and cognitive science; mathematical sciences; physics and astronomy; and psychological and brain sciences. He also oversaw the college’s secondary education enterprise, the Delaware Teacher’s Institute at New Castle County, and educational programming in UD’s Harker Interdisciplinary Science and Engineering Laboratory.

His extensive record of service includes work at UD with the Data Science Initiative, the Honors Program Task Force and the General Education Task Force, and work within the State of Delaware and the Delaware Department of Education to implement a new high-school course, “Foundations of College Mathematics.” He also co-chairs a statewide effort to reduce the need for remedial mathematics among Delaware’s high school graduates. 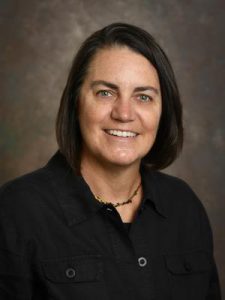 Associate Dean for the Humanities & Professor of Art History

Associate Dean for the Humanities, College of Arts & Sciences

Lauren Hackworth Petersen, Associate Dean for the Humanities and Professor of Art History, has been a member of the faculty at the University of Delaware since 2000. She holds a joint appointment in the Department of Women and Gender Studies.

Lauren received her Ph.D. from the University of Texas at Austin (2000). She specializes in ancient Roman art and architecture and has done extensive research in Greek and Etruscan art, including work with archaeological excavations in Italy. She is a recipient of numerous awards, including an ACLS Collaborative Research Fellowship, a Loeb Classical Library Foundation Fellowship, a Getty Postdoctoral Fellowship, a Rome Prize at the American Academy in Rome and a Fulbright Grant.

Her most recent book, The Material Life of Roman Slaves (co-authored with Sandra Joshel, Cambridge University Press, 2014), intervenes in scholarly debates on the archaeology of Roman slavery by searching for ways to see slaves in urban houses, city streets, workshops, and villas—to make slaves visible where literature, law and art tells us they were present. The book won the 2015 PROSE Award for Excellence in the Humanities and the PROSE Award in Classics and Ancient History.

She has two other books to her credit. The Freedman in Roman Art and Art History (Cambridge University Press, 2006) vigorously challenges elite models that have dominated our understanding of non-elite Roman monuments and offers interpretations of artistic commissions by former slaves through a variety of approaches. Mothering and Motherhood in Ancient Greece and Rome (a co-edited project with Patricia Salzman-Mitchell, University of Texas Press, 2012) provides an interdisciplinary examination of the potentially charged roles of motherhood in ancient daily life, politics, art and architecture and rhetoric. Her articles appear in art historical and Classics journals, including The Art Bulletin, Arethusa, Memoirs of the American Academy in Rome and Source: Notes in the History of Art. In addition, she has authored a number of essays in edited volumes.

Lauren has served as the Associate Chair and as the Director of Graduate Studies for Art History. In addition to having participated on several juries both nationally and internationally, she serves on the editorial board for the University of Delaware Press and for Selected Papers on Ancient Art and Architecture, a journal of the Archaeological Institute of America.