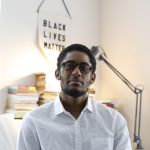 ETHAN BARNETT is a filmmaker. He received his B.A. from the CUNY Baccalaureate Unique and Interdisciplinary Studies program where he established concentrations in Human Rights and Social Justice (Pipeline Scholar and Mellon TSRP Scholar). There he studied 20th-century social movements through literature, film, and history. His research interests are centered in 20th Century Social Movement, Black Queer Feminist Theory, Diasporic Studies, Media Analysis, and Intellectual Movements. He is currently working on a documentary focusing on Women of Consequence, an artistic collective that uses dance, music, and theatre to trace the Black freedom struggle from the 18th century to the present. Ethan is a Ph.D. candidate in the History Department. 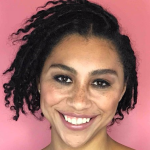 MALI COLLINS-WHITE  is a Ph.D. student in the English Department. Her work examines representations of Black mothers and children in the post-1970 Black Imaginary, and develops a critique of the Transatlantic Slave Trade archive’s erasure of Black motherhood. Her public humanities work takes the form of birth and postpartum birthwork with black woman and infants. She earned a B.A. in Comparative Literature with a minor in Gender and Women’s Studies from the University of Minnesota and a M.A. from the Culture and Theory Program at the University of California, Irvine.