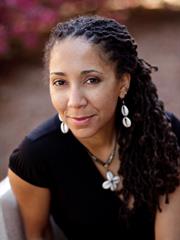 ​Monica A. Coleman is Professor of Africana Studies at the University of Delaware, and is serving as the AAPHI Coordinator (2020 – ). She is also an ordained elder in the African Methodist Episcopal Church. She works at the intersection of faith, culture and social justice. She is the author or editor of six books, and several articles and book chapters that focus on the role of faith in addressing critical social and philosophical issues. Her book “Making a Way Out of No Way: a Womanist Theology” is required reading at colleges and universities around the United States. Her memoir “Bipolar Faith: a Black Woman’s Journey with Depression and Faith” received the Silver Illumination Award in 2017. Coleman is active in academic guilds including the American Academy of Religion, the Society for the Study of Black Religion (SSBR) and the Institute for American Religious and Philosophical Thought (IARPT). Coleman has received funding from the Ford Foundation, the Andrew W. Mellon Foundation, the Woodrow Wilson Fellowship Foundation, the Association for Theological Schools, and the Forum for Theological Exploration (formerly, the Fund for Theological Education). Coleman speaks widely on religion and sexuality, religious pluralism, churches & social media, mental health, and sexual and domestic violence.

In 2020, Professor Coleman was nominated and elected to the Program Committee of the American Academy of Religion (the world’s largest guild for the academic study of religion). She was also inducted into the Martin Luther King, Jr. Collegium of Scholars. The American Academy of Religion Program Committee oversees the annual meeting program (over 10,000 attendees) – designing and reviewing the program structure, establishing categories and criteria for governing program units, and advising the Executive Director and the Director of Meetings on important programmatic aspects of the meeting. The Martin Luther King, Jr. Collegium of Scholars provides a creative learning environment where clergy and laity from diverse backgrounds, distinct faith traditions, and different generations come together as students of Dr. King’s philosophies to reflect on their personal calling, foster meaningful relationships with others who are answering their calling, and develop ideas and strategies for taking their calling to the world.