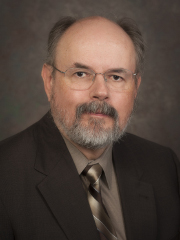 John Ernest, Professor and Chair of the Department of English, is the author or editor of twelve books and over forty journal articles and book chapters. His recent books include Liberation Historiography: African American Writers and the Challenge of History, 1794-1861 (2004), Chaotic Justice: Rethinking African American Literary History (2009), A Nation Within a Nation: Organizing African American Communities before the Civil War (2011), Douglass in His Own Time: A Biographical Chronicle of His Life, Drawn from Recollections, Interviews, and Memoirs by Family, Friends, and Associates (2014), and the Oxford Handbook of the African American Slave Narrative (2014). Recent editions include Narrative of the Life of Henry Box Brown, Written by Himself (2008), J. McHenry Jones’s Hearts of Gold (co-edited with Eric Gardner, 2010), and William Wells Brown’s My Southern Home; Or, The South and Its People (2011). His current book project is Reading While White: The Nineteenth-Century Roots of White Racism. He and Joycelyn K. Moody are general editors of Regenerations: African American Literature and Culture, a series published by West Virginia University Press and devoted to reprinting good editions of undervalued works by early African American writers.

Before arriving at the University of Delaware, he was the Eberly Family Distinguished Professor of American Literature at West Virginia University for seven years, and he taught for twelve years at the University of New Hampshire, where he served as Director of Undergraduate Composition, Co-Director of the Discovery Program, and Director of African American Studies. At UNH, he received the Outstanding Assistant Professor Award (1997), the UNH Diversity Support Coalition’s Positive Change Award (1998), the Jean Brierley Award for Excellence in Teaching (2003-2004), and the New Hampshire Excellence in Education Award for Higher Education (2004).